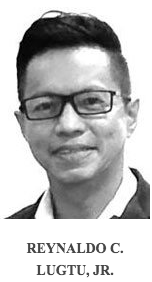 This article was originally published with The Manila Times on March 7, 2019.

I remember speaking to an expatriate chief finance officer of a local conglomerate more than a decade ago, and he said, “In my 10 years of working in this company, I‘ve never seen a single successful technology project”. Success to him was getting the return on investment, improving internal operations, and increasing revenue. In other words, getting the value from the technology for what it was supposed to do.

This is true. More than a decade ago, technology for enterprises was complex, expensive, monolithic, hard to use and manage, and took a long time to implement. Examples are enterprise resource planning (ERP), customer relationship management (CRM), and business intelligence (BI) systems which at that point can only be afforded by large companies. Because of the huge investment in time, money, and effort in implementing such systems, companies had no choice but to work with vendors to make such systems work, even if it takes more than a year to finish a project. On the other hand, technology vendors had no recourse but to give in to the whims of enterprise buyers, constantly making changes and customizations in the system.

Project failure can be blamed on both technology buyers and vendors. Users in a company asked for the moon and the stars when it comes to functionalities of the system, with vendors delivering half-baked products. Users took several months to years to fully utilize the systems. Vendors sold systems that promised to deliver everything a buyer asked for, resulting in unmet expectations. It was fine for the chief executive and the CFO of a company to patiently wait for the system to go live because, again, of the huge investments shelled out.

Now, technology is a lot simpler, inexpensive because of the usual cloud subscription, modular which means you can buy only parts of the system, can be easily integrated with other systems, takes shorter time to implement, a lot more intelligent because of analytics and artificial intelligence (AI) features, and easier to use.

Indeed, technology has advanced so fast in the last decade due to developments in cloud computing, AI and analytics, and technology platforms. Functional departments in a company can now inexpensively buy and quickly use technology, as there are many specialized applications in the cloud that cater to marketing, finance, operations, and human resources.

Despite these, many executives lament at the high “failed” technology projects. If technology has progressed in leaps and bounds, why do these projects still fail?

Because technology buyers, such as functional executives, are more sophisticated and knowledgeable of what technology can do and how much it costs, their definition of failure is different. As technology in the cloud is less expensive and easier to deploy, they demand faster return on investment by seeing large scale adoption of their employees.

In our conversations with several executives, they expect technology to be used by their employees in a shorter time to maximize its utility, otherwise they will consider the project as a failure, and find another replacement technology.

The problem stems from how employees in an organization adopt a new technology. In our experience working with several companies, generational differences in an organization causes distorted adoption rates. In these times when 40 to as high as 90 percent of companies employ millennials, and the rest are generation X and baby boomers, differences in adoption rates gives a perception of project failure.

In our observations with several companies which have deployed new cloud technologies such as messaging platform, productivity apps, and CRM, we discovered that millennial employees and the new entrants to the workforce, GenZ, adopt new technologies fast. Because they are digital natives, they become engaged and active in using such technologies in the first few weeks, but are also quick to discard and stop usage.

On the other hand, GenX workers, those born between 1965 and 1980; and Baby Boomers, those born between 1945 and 1964, are the most resistant to change, take a longer time to adopt, ranging from several months to years, to fully use the new technologies. Baby Boomers are embracing the new technology, but due to the slowdown of cognitive abilities, it takes them a while to learn a new thing. But GenX workers, which comprise as high as 40 percent of the workforce and occupy influential roles in organizations, are probably the most resistant to change and new technologies, especially if they are not involved from the start of the selection and evaluation of the new technology.

The gulf of difference in the adoption on new technologies between Millennials/GenZ and GenX/Baby Boomers is what we call the zone of perceived failure of technology projects. It’s perceived because this is the period when seemingly only 10 percent of the employees are using the new technology, and it can last up to more than a year to a few years. The business executive who purchased the new technology will think that the technology project did not meet the deliverables and expectations, and will therefore ask the IT or procurement department to look for another alternative.

This is where a new kind of change management comes in, which can be led by an organization development (OD) or a digital transformation executive, or chief digital officer. The objective is to make sure majority of the users adopt and use the new technology in the fastest possible time.

This can be achieved by profiling the target employee users of the new technology, segmenting them into generations, by age, tenure, and technology maturity; then interventions for adoption are done.

On the other hand, GenX workers should be part of the decision-making process of choosing the new technology; and the most influential among them can be made into project leaders to make sure their cohorts adopt and use the new technology.

These approaches are a departure from the traditional change management methodology that companies use. That’s why there’s a need to revisit the usual ways of managing technology adoption in the workplace.

The author is president & CEO of Hungry Workhorse Consulting, a digital and culture transformation firm. He is also the co-founder of Caucus Inc. He teaches strategic management in the MBA Program of De La Salle University. The author may be emailed at rey.lugtu@hungryworkhorse.com.